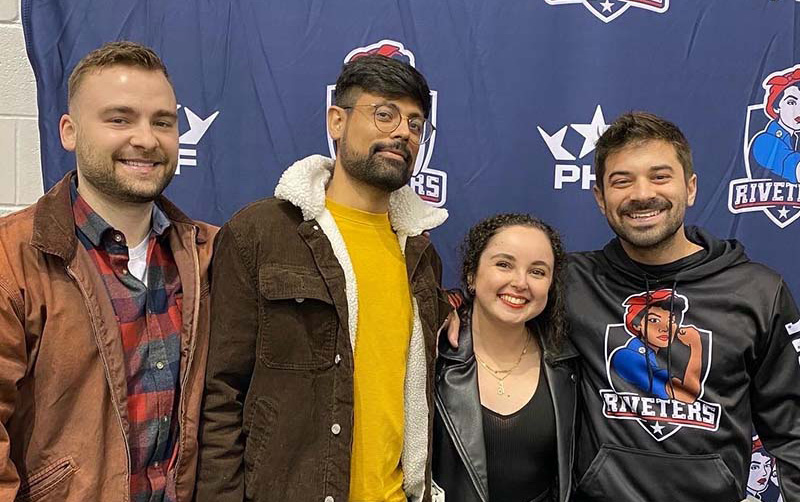 This article originally appeared in Forbes on August 30, 2021

MarketPryce, an online marketplace connecting athletes and companies for marketing partnerships, has raised $3 million in a seed round.

The funding occurs less than two months after the NCAA allowed college athletes to profit off their name, image and likeness, a ruling that has led to a significant increase in traffic and deal activity on MarketPryce.

Jason Bergman, MarketPryce’s co-founder and chief executive, would not disclose the names of the investors, only that it was a “private institutional investor group.”

Bergman founded the company in February 2020 with Shehryar Khan, a former colleague at Robly, an email marketing firm. Bergman had experience representing about a dozen low-profile professional athletes and found it difficult to secure marketing deals for them. It was hard even finding out who to contact at companies, and even when Bergman was successful identifying the right people who had the authority to cut deals, more often that not they didn’t respond to his requests.

Bergman knew there was an easier way for athletes and companies to find out about each other and patterned MarketPryce after dating websites where people can connect in a quick and easy manner. For most of last year, Khan, an experienced developer, created the MarketPryce website, which officially launched in January.

MarketPryce saw some traction earlier this year among professional athletes, but the activity really picked up on July 1 with the NIL legislation becoming official. Since its launch, the company has had more than 1,300 athletes and more than 300 companies sign up, with about 500 athletes and 50 companies coming aboard since the beginning of July. The website has facilitated more than 2,000 total marketing deals.

Companies are not charged for accessing MarketPryce and can offer any athlete free products or pay them for promotions or appearances. MarketPryce earns a 5% processing for the paid deals but does not get any commission for the product-only transactions.

College students and professional athletes can sign up for as little as $15 and $49 per month, respectively. Agents and advisers to athletes pay $99 per month for up to 10 of their clients to as much as $399 per month for 51 or more clients. Anyone signing up for a yearly membership gets a 50 percent discount.

Bergman noted that most of the recent deals involve college athletes receiving free food, clothes and other products, while the paid transactions are typically for $50 to $500 apiece. He added that more than half of the college deals have involved females in sports such as volleyball, soccer and track and field.

“It’s been really explosive over the last two months,” Bergman said. “It’s a very affordable way (for companies) to get their name out and build their brand awareness. And for college athletes, if they can do $100 of deals a month, that’s life-changing for them.”

MarketPryce currently has seven employees, but the company plans on using proceeds from the seed round to hire 10 to 15 more people, particularly in software development/engineering and sales/marketing roles. It also will upgrade its website and app.

MarketPryce is among several marketplaces targeting the more than 460,000 college athletes who are looking to profit from their NIL, so it is seeing more competition. Still, the company anticipates more deals getting done through its marketplace with the college football season and other fall sports underway and students back on campus.

“That’s one of the reasons we wanted to raise this round now,” Bergman said. “Time was really important to us. We wanted to make sure we could capitalize on that expected growth.”