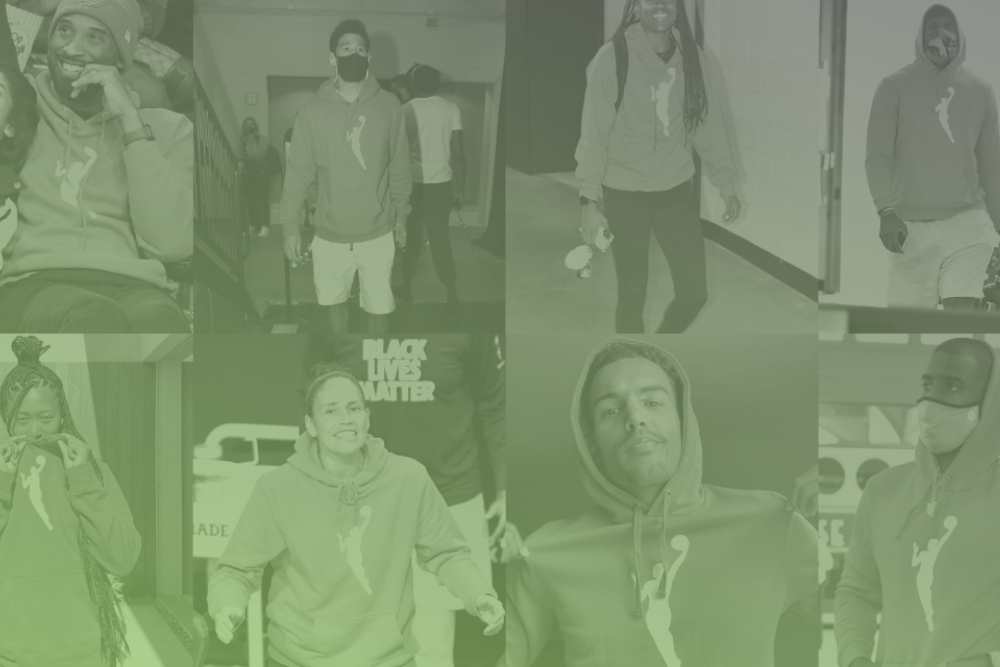 The work from home era has taught many of us that the most critical items of clothing in our closets are not suits and slacks, not loafers or high heels, but sweatshirts and sweatpants. Yet even in this saturated time of loungewear, one garment reigns supreme — the WNBA Orange Hoodie.

You probably have seen the hoodie and, truthfully, it’s kind of hard to miss. It’s bright orange and has the WNBA logo of Sue Bird gliding through the sky plastered across the front. The sweatshirt is Fanatics’ best selling WNBA item ever, was named Sports Business Journal’s fashion statement of the year and has graced the torso of some of the biggest stars in entertainment.

With all this traction, it’s clear that the hoodie has tapped into something much larger than our desire to look good and be comfortable. It’s not just a fashion statement, it’s a statement of equality. It’s a statement of “You’re wrong” to the people in the dark corners of the Twittersphere who still fill tweet replies with sexist and misogynistic quips about their distaste for women’s sports.

Seeing NBA stars like Lebron James, Chris Paul and more wear it poses a pointed question to those who disrespect the women’s game — “If the best men’s basketball players in the world are saying they love and respect their sister league, why can’t you?”

Business Insider reporter Meredith Cash, who covers women’s sports and is a huge orange hoodie supporter, knows the value of this co-sign from NBA veterans. When we spoke on the phone last week, Cash described the power of that collectivism that stems from mutual respect.

“The best [male] basketball players know that the best basketball players on the women’s side are putting in that same amount of work, maybe even more work.” Cash said. “I think the Orange WNBA hoodie is a fashion statement that says, ‘Women’s sports are part of the mainstream. You’re either in or you’re out on that.’”

It’s gratifying to see so many people be “in” on women’s sports, but the basketball world is uniquely positioned to do that and is frequently where we see the most activism among athletes. Ideally, the support expands beyond the game of basketball. One thing that makes the hoodie so popular is that, even if you’re not sure how to describe your appreciation for women’s sports, the simple act of wearing it speaks for itself.

“You can say what you stand for without having to find the right words to do it,” Cash said.

Campaigns like the orange hoodie one are a reminder that we’re in the athlete empowerment era, and it’s for the better. The time of shut up and dribble is over, and we’re lucky to have so many athletes who know their worth and the change they can bring about. Clothing has historically been an important avenue to do that.

The recent celebration on February 3rd of National Girls and Women in Sports day reminded us of how much progress we’ve seen in terms of acceptance for women who choose sports-related career paths. In the past six months we’ve seen Kim Ng become the GM of the Marlins, Sarah Fuller play in an SEC football game, Becky Hammon coach an NBA game, Stephanie Frappart referee a Champion’s League match and Sarah Thomas do the same at the Super Bowl. The progress doesn’t mean that things are where they should be, the same way the hoodie doesn’t mean everyone accepts the WNBA, but the accomplishments are worth celebrating.

Seeing that bright orange sweatshirt grow and grow, as more people proudly wear Sue Bird’s silhouette on their chest, has a message that’s applicable even outside the sports world. As Meredith Cash puts it, “The hoodie is worth investing in and so are women.”