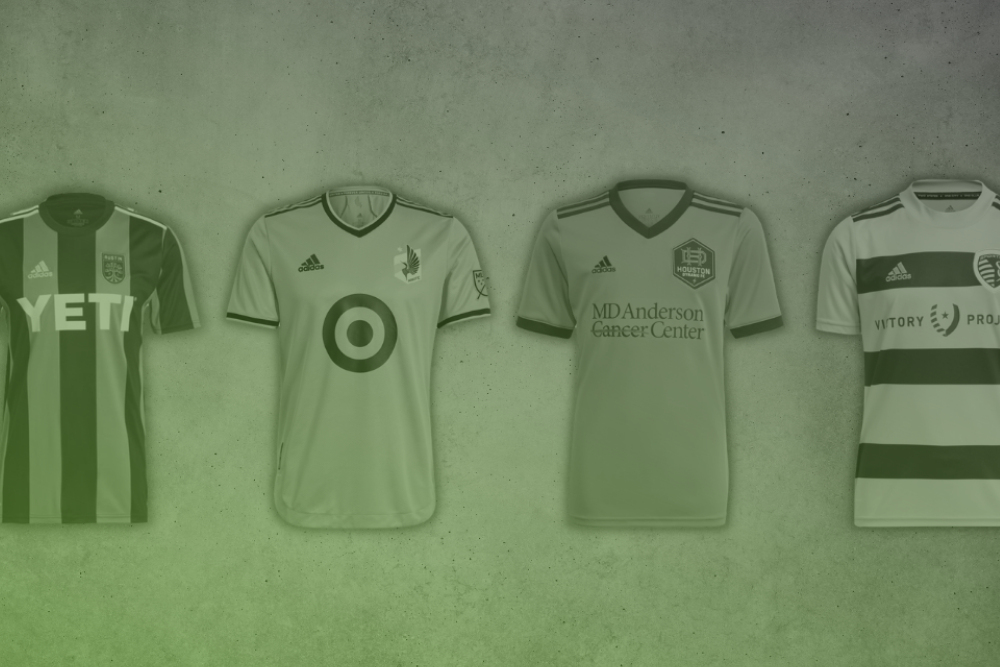 The Major League Soccer season kicked off this past weekend with plenty of eyeballs on the 27 teams fighting for the North American men’s soccer crown. The MLS is in growth mode, having added a new franchise every season for the past five years, and that means big business for brands looking to get in on the fun.

Sponsors are flooding the MLS market and, because we work with tons of soccer players and brands at MarketPryce, we decided to break down the best jersey sponsors that you’ll see on MLS kits this year. Based on fit for the franchise, meaning behind the partnership, and visual aesthetic, here are the four MLS franchises that get A+ to for their jersey sponsor.

The newest MLS franchise, Austin FC, has been the talk of the American soccer community for the past year. With club involvements from Matthew McConaughey and a beautiful new stadium, Austin FC made a big splash before a single ball was kicked. Their jersey sponsor, YETI coolers, is another good get.

YETI is an Austin-based manufacturer of coolers and drinkware, items that would be pretty necessary for playing soccer in the hot, Texas sun. In terms of aesthetics, YETI’s blocky, Arial-like font fits well with the vertical stripes on the jersey.

Houston’s kit sponsor, the MD Anderson Cancer Center, gets a bonus point for sponsoring both the MLS’ Houston Dynamo and the NWSL’s Houston Dash. We’re in an era of bridging the equality gap between men’s and women’s sports, and sponsorships play a major role in that.

As far as the sponsor itself, it’s a great one. The University of Texas MD Anderson Cancer Center is the largest cancer center in the United States. Not only is it a local partnership and one that promotes health care workers, but it is actually the first cause-related jersey partnership in the history of the MLS. Since its announcement three years ago, it’s been a really admirable pairing.

“The opportunity for our club to help MD Anderson promote such an important cause – to end cancer – is something that was very much worth waiting for and one that excites and motivates everyone at our club,” Dynamo owner Gabriel Brenner said in 2018.

Target is an international brand with stores in dozens of countries, yet they always stay local when it comes to sports sponsorship. The stadiums for both the Minnesota Twins and Minnesota Timberwolves bear the Target name and logo. While this is probably the least surprising sponsor in the league, it’s still a notable one. The corporation has been based in Minnesota since it first began in the early 20th century, decades before they had the famous bullseye logo.

Target has such high brand awareness that they don’t need to put their name on the kit, the logo alone is sufficient. This decision really adds to the appeal of the jersey, making it one the cleanest and most attractive in the MLS.

Sporting Kansas City has made history with their 2021 jersey sponsor decision. Both the primary and secondary kits feature the logo and name of The Victory Project on the front, marking the first time a charitable foundation will appear for a full season in that position. The Victory Project’s mission is based around children, dedicated to uniting players, staff, fans, and community partners to assist kids through disabilities and illness.

Besides just directing attention to the mission of The Victory Project, Sporting KC will donate a portion of all jersey sales to the organization. The front of a jersey is prime real estate for advertisers, and Sporting KC deserves a lot of credit for choosing a charity to display in this coveted spot.