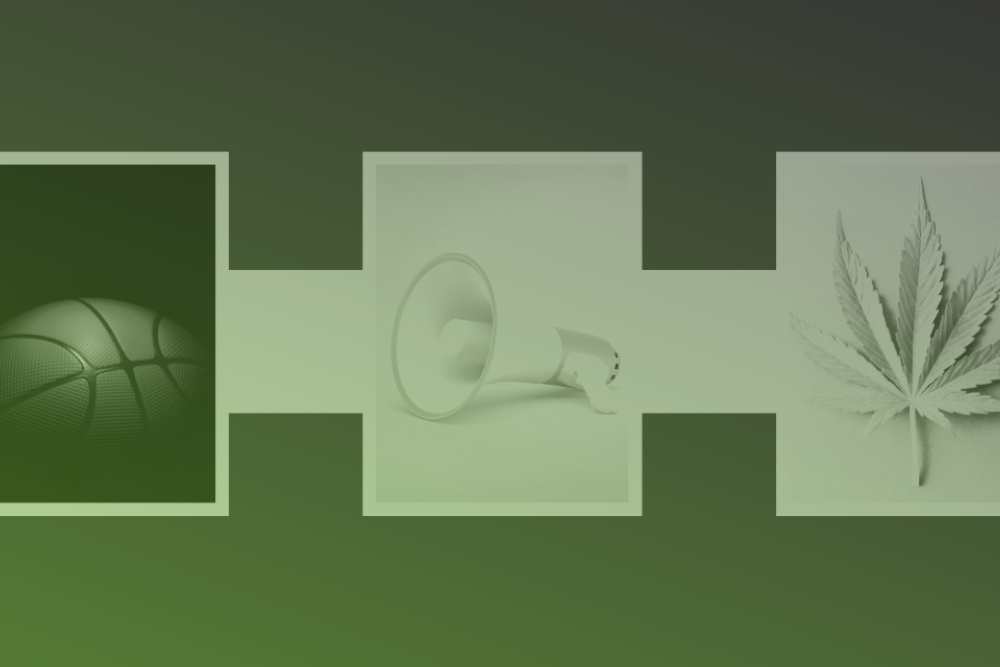 As the world acknowledges and some celebrate April 20th, a day synonymous with cannabis use, the current landscape of the public’s relationship with the once-vilified substance is generally more positive than it’s ever been. Cannabis is legalized in 14 states for recreational use and 36 for medical use.

In the business world, marijuana, cannabis, and CBD have become enticing enterprises. Whether it is through dispensaries, infused drinks and foods, paraphernalia and accessories, or anything else, new brands that are centered around cannabis are popping up every day. As more and more states loosen restrictions, the sector will only get more lucrative. BDSA estimates that by 2026, the legal cannabis market will reach $41 billion in annual sales.

With cannabis and CBD use often being linked to pain relief, muscle relaxation, and better sleep, there’s a natural fit for pro athletes to enter the space. Who better back these products than pro athletes who push their bodies to the limit every day? Many of the biggest names in sports are.

Megan Rapinoe is a partner and advisor to Mendi Co., a Portland-based CBD startup that works with dozens of other pro athletes including Sue Bird. In October of 2020, Baker Mayfield announced his partnership with Beam, becoming the first NFL player to invest in a CBD company. Less than a week ago, it was reported that John Wall and Carmelo Anthony are new investors in the cannabis company LEUNE.

Future Hall-of-Famer Rob Gronkowski partnered with Abacus, maker of CBDMEDIC topical pain products, following his retirement in 2019. When Gronk returned to the league a year later, he cited CBDMEDIC as a big reason for his return, encouraging other players to use it for recovery.

There are dozens of stories like these, which may have been unthinkable just a few years ago. However, as the sector grows, marijuana use is becoming less taboo and the actions of some sports leagues even help support this. This season, the NBA is continuing a trend they started in last year’s bubble — not testing its players for marijuana use.

Other major sports leagues will undoubtedly follow in coming seasons, giving players the freedom to fully throw their weight behind the growing cannabis movement. Not only will players be allowed to use and benefit from cannabis, but they’ll be able to profit from it by closing endorsement deals with them as well.

We’ve been so excited to see deals like this start to form on MarketPryce. Whether they’re talking to brands on our site like Hemper about Cannabis-related smoking acessories or getting hemp-infused sparkling water from Mad Tasty, athletes and agents know there is value in this space.