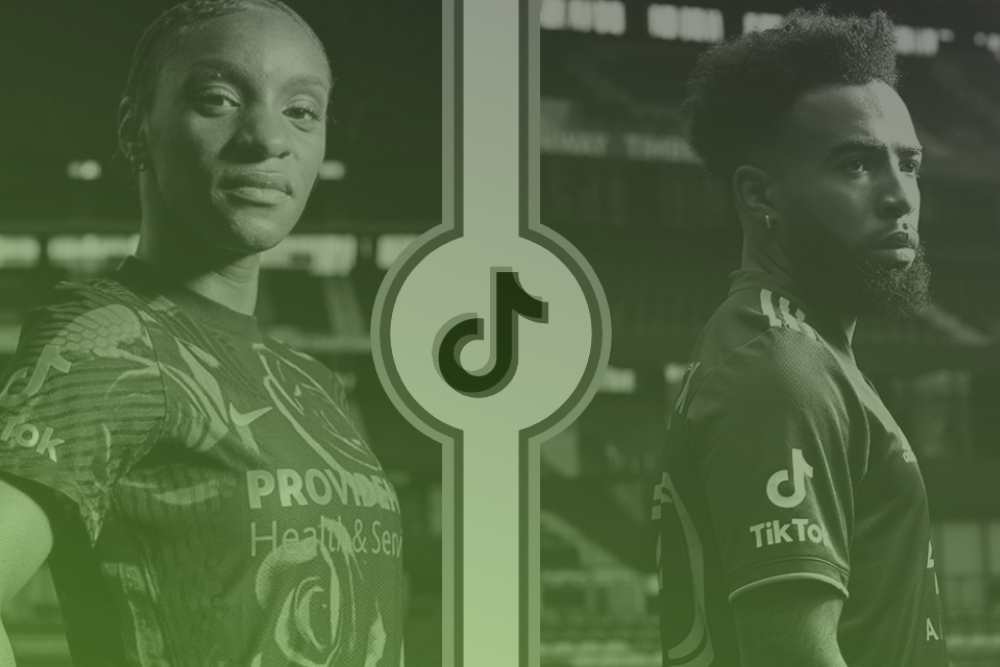 The growth of American soccer, long the forgotten sport in the U.S., has been very visible over the past few years. The US Women’s National Team (USWNT) energized the country with their World Cup win in 2019, Christian Pulisic has grown into the first American mens’ global soccer star, and franchises in the National Women’s Soccer League (NWSL) and Major League Soccer (MLS) have been expanding as both leagues see increased viewership.

Over the same time, TikTok, having survived the threat of a U.S. government ban, has become the rocket ship of the social media world — the app has north of 100 million active users in the United States. In 2020, the platform surpassed Facebook as the most time-consuming media app.

These two rising forces joined together last week, as it was announced that TikTok is sponsoring Portland’s NWSL Team (the Thorns) and their MLS Team (the Timbers), both of whom are owned by Merritt Paulson. Details of the deal, as reported by Sportico, include TikTok’s logo on the jersey’s sleeves, branding at their arena, and exclusive content for the team’s accounts on the apps.

TikTok has made marketing moves in the US Sports space before this, partnering with the New York Yankees and sponsoring a NASCAR car, but this is their first jersey activation. They chose the right American city, too — the Thorns and Timbers are right near the top of their respective leagues and the Pacific Northwest has long been a hotbed for American footy.

TikTok’s decision to sponsor two clubs shows an encouraging commitment to supporting women’s soccer clubs, who have too often been left out of sponsorship talks. While both Orlando’s NWSL and MLS teams have the same kit sponsor (Orlando Health), as do Seattle’s teams (Zulily), this deal represents a more lucrative and high-profile partnership that will help grow the NWSL to a larger, global audience.

Don’t be surprised to see TikTok continue to pop up in sponsorship deals with professional sports teams and athletes. The app is uniquely positioned as an amazing ad partner — they have a massive distribution network of their own that they can leverage to increase the amount of exposure a team gets — and many more will likely jump at the chance to work with them.

You also should expect to see other high-profile brands invest in the NWSL. With league viewership ratings seeing 400% increases, it’s only a matter of time before big companies start to get their foot in the door.