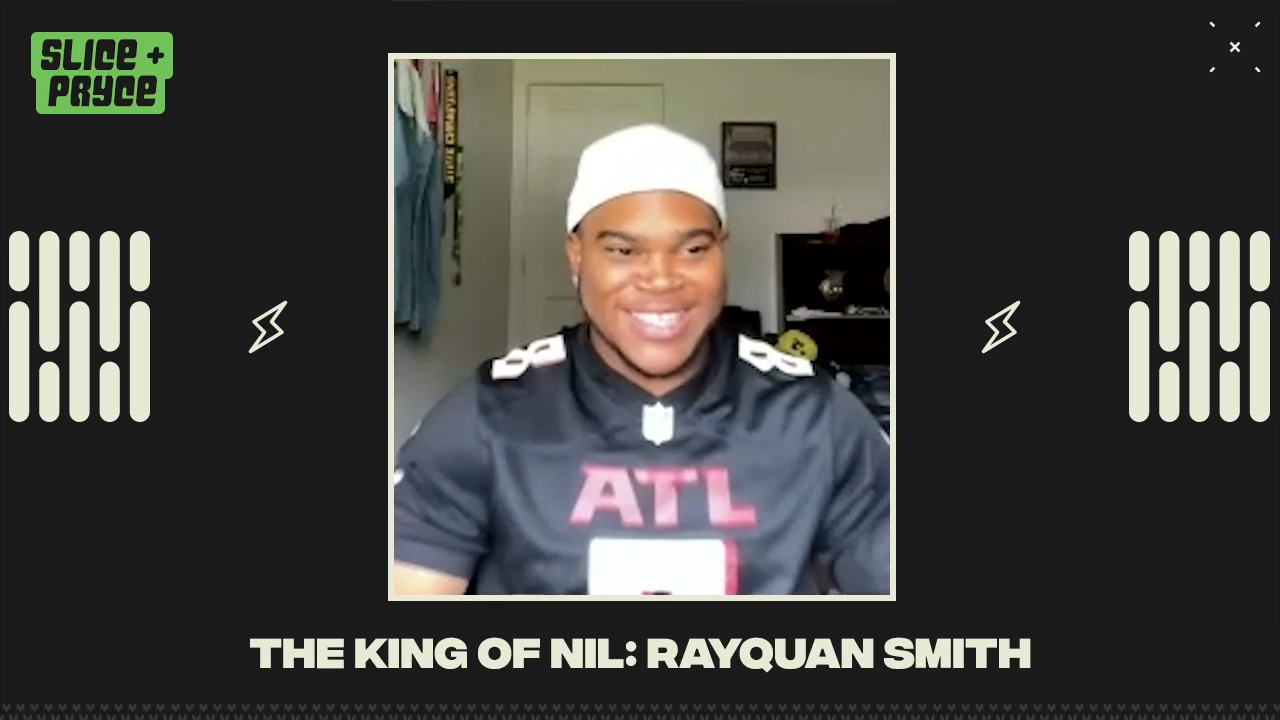 Sam Green: Here we go. I'm nervous because today I have the king of NIL joining me today. He has had remarkable success in the NIL space. Rayquan Smith, thank you so much for joining me.

Rayquan, every conversation about you, or even with you, tends to go straight to the fact that you're a Norfolk State athlete that has 70 plus NIL deals. But before Rayquan Smith was the King of NIL, there had to be a Rayquan Smith, not King of NIL. I feel like there's a lack of conversation about the process. Everyone loves to talk about success once you've already succeeded. Rayquan, what did it take for you to get here?

Sam: Well, you've built enough credibility in the NIL space to be able to create subscription based content through a platform called Peakz. Rayquan, what was that process like and what have you learned since launching?

Rayquan: Peakz, when I first started with Peakz I didn't really think it was going to be much benefit for me just because I didn't think people going to want to pay to subscribe to my channel to see me post videos, but now is a chance that they did. And it's very good, because if you really want to know how to do different things and tips, join us and subscribe to the channel and I could help you. If you need more information, just DM me. I could help you.

Sam: I love that. Because you've had success in the space, but you're not going to keep it all for yourself, you're willing to share it. That says a lot about you. But, Rayquan, you released an article with Yahoo Sports and you also took to social media to discuss your foot injury. You were misdiagnosed. Then you were told to stop taking NIL deals because you had to sit out. So you entered the transfer portal, but you ultimately decided to stay at Norfolk State, forgo football altogether and run track. I'm emotionally drained, just talking and thinking about it. Rayquan, what led you to this decision?

Rayquan: So after I had my surgery in March, I went to a track meet at Will and Mary, Norfolk State was there. The one that assist coaches, he do like long jump hurdle sprints and he's from Richmond. So I would just talk to him like that, "I don't know, I might go to VSU just to finish it out because the injury and everything." And he went back to the head coach and the head coach liked me when I was out there throwing for them. And he was like, "Well, I could bring you back on the team if you really want to come back. I throw you some money and I'll bring you back on the team." And I was like, "Yeah, I'll do that." Because why not be with a coach that really want me there, want me to help them compete, help them win a conference championship. So that led me back on the team, and that's where I am now.

Sam: So much success, Rayquan, in both sports, on and off the field, 70 plus deals. Any potential collaborations that could lead to something after sports? And what is next for Rayquan Smith?

Rayquan: What is next for me? It's a lot of stuff in storage. Me and my agent, we had a lot of stuff building up for 2023. Me going back to college, I took the semester off. So me going back to college, is me going to school, getting everything back. My time magic might be a little rusty, but once I get back, it's packed down is going to be back. I'm trying to launch a book in 2023. And hopefully it turns out [inaudible 00:05:31], it turns out. And that's really the big thing going to have about 2023. So we're working on that. It's low key, but it is going to come eventually. Yeah.

Sam: I need a little bit more than that. You can't spring that on me with all that excitement and leave me hanging. Is there a title in the works? Can I at least get the name?

Sam: I love it. I feel like I've got some inside scoop. I can't wait to read it.

Rayquan: It's going to be great. So hopefully once it's almost halfway done making, we going to start putting it out, like in PRs to let people know it's coming out soon. Then once it's come out, and we will have a little thing, people come in, sign it. I sign books, give it to them, and they read. Hopefully they like it. Most likely should because my story, everybody has a story. So yeah.

Sam: Well I hope that I can get my cover signed by the King of NIL. Well, Rayquan, you've had so much success in this space. So if you were to give a student, in your same situation, a piece of advice on how to succeed in the NIL space, what would your answer be?

Sam: You've had so many deals, I want to know your favorite one to date. Maybe this'll give other brands that are looking to partner with you a little inside scoop before they come and ask the king for a deal. Maybe they'll know what you're looking for.

Sam: All right. I set you up there. I guess I can't really expect too good of an answer there. What other athletes are crushing content in this space, Rayquan, that I need to follow?

Rayquan: You got Jack Betts, he is D3, Amherst. He will go to Amherst football. Chase Griffin, UCLA quarterback. Those two is the only two guys, that I talked to on a daily base, just to chat it up. Chase, he knows more stuff than me about the business aspect, so that's what I come to him about. Jack, I go to Jack because me and Jack, we come from the same area, like small schools. So we try to work stuff out together, to see what we can build up together to make other small schools and people from small... The HBCU who go small schools come together to get more deals.

Sam: Rayquan, you gave me the best piece of advice that you would give another student athlete. But I want to know a mistake that you could tell an athlete to prevent in the NIL space.

Rayquan: Don't get caught up in the news. They will see all powerful athletes getting deals, powerfully this powerful that. And so they probably push away this up, be like, "Okay, well they gain all these deals because they power 5. I'm not even going to waste my time to do that." But it's not like that it don’t matter if your power 5, HBC, D1, D2, D3. It's all about how you mark yourself and put yourself out there.

Sam: I know you're a busy guy. So I really appreciate the time. I'd like to say you inspire me, and I know I can say that on behalf of many others. So guys give him a follow. His Instagram handle is @rayquansmith.