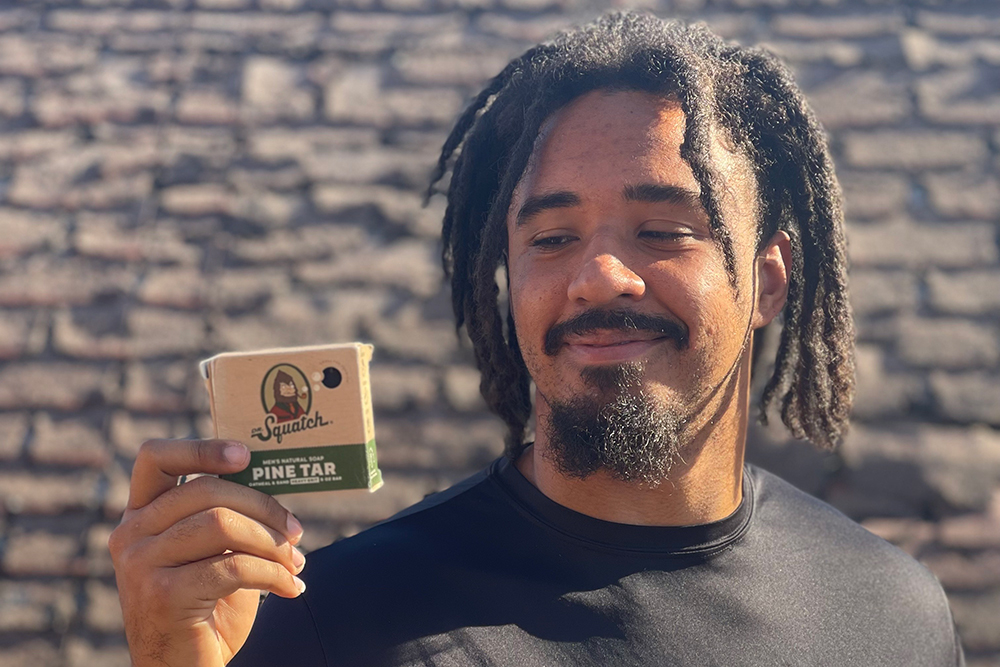 Devin Miller had just helped Marshall upset Notre Dame with the go-ahead touchdown in South Bend. The tight end was riding high when he received a message from MarketPryce’s athlete engagement team.

The ask? Name three brands you’d love to work with.

The redshirt junior uses the soap and knew he could authentically market it to his 1,700 followers. He didn’t know, though, if the soap company would be interested in partnering with him.

“I only had one other very small NIL deal with merchandise, so it seemed really cool. It seemed like a longshot, too, for me,” he said. “And I was like, ‘What do I have to do?’ I was eager to do it. I’d do anything to get that.”

Miller got right to work, recording his pitch to Dr. Squatch. The MarketPryce team edited the selfie video into a piece with a call to action: Tag Dr. Squatch if they should give Miller the “deal of his dreams.”

The Herd locker room couldn’t get enough of the video and started jokingly calling Miller “Dr. Squatch.” First, his teammates lit up the comment section. Thundering Herd fans followed suit with hundreds of mentions across posts on Instagram, Twitter and TikTok.

“Every time I thought, ‘That’s probably it,’ there would be five or six more comments,” Miller said. “I got all my friends and family to repost it. It was fun. …  I was like, ‘There’s no way they can say no to this.’

“It was a great pitch by MarketPryce and my selfie video came through well too.”

“That’s the beauty of our platform,” Bergman said. “Our athletes are engaged and they come to the table ready to create at a high level.”

These athlete videos are being featured in whitelisting ads, which allow Dr. Squatch to promote the posts even though they are published by the athletes. Miller’s videos, separate 30- and 60-second pieces he crafted with help from MarketPryce, have already generated more 14,000 views on Instagram.

He’s proud to promote a brand he’d always dreamed of partnering with.

​​“It was just awesome, because I really use the soap,” he said. “People from Marshall are liking it and commenting, ‘Go Herd.’ It’s cool and authentic.”

‍MarketPryce empowers athletes and brands to grow through the power of partnerships. Want to work together? Hit us up.