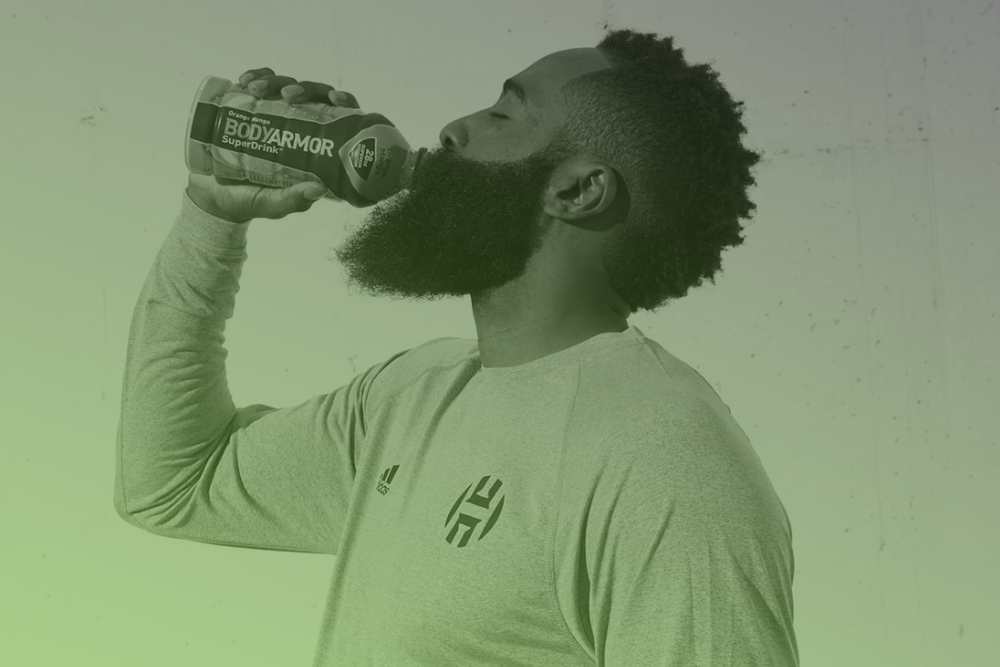 In late February of 2021, The Coca-Cola Company made headlines, but not for their own products. The 80 billion dollar company was reportedly very interested in acquiring a controlling stake in BodyArmor, the rapidly growing sports drink brand. Coca-Cola purchased a minority stake in the company in 2018 and is clearly interested in upping that dramatically. BodyArmor is a popular drink now, but it wasn’t always that way. Their path from creation in 2011 to nearing a Coca-Cola buyout in 2021 is an inspiring one that relied heavily on athlete marketing. This is that story.

Co-founder Mike Repole is no stranger to the beverage game, having helped build and sell the popular Glaceau brand (maker of Vitamin Water). His new venture would be BodyArmor, a coconut water-based sports drink that is high in electrolytes and low in sodium.

Repole knew the space, but an early investor (who just so happened to play in the NBA) changed the game for BodyArmor and lofted their trajectory. Kobe Bryant acquired ten percent of the company in 2012 for a $5 million investment. Support from such a high-profile athlete was big for the brand, and Bryant knew to include them in his most high-profile moment — his final game in the NBA.

After he dropped 60 points on the Utah Jazz, the Black Mamba took to center court with a microphone to say his goodbyes. Draped around his shoulders, as he says that now-famous line “Mamba Out,” is a BodyArmor towel. When Bryant passed away suddenly and tragically in 2020, his share of the company, now worth $200 million, was transferred to his wife Vanessa.

BodyArmor’s team knew from the beginning that getting their product in the hands of athletes like Kobe was the only way to truly maximize their impact. This isn’t necessarily a new concept — competitors like Gatorade and the Coca-Cola Company-owned Powerade have had athletes push their product for decades. BodyArmor had to play catch-up to these brands, but they caught up pretty quickly.

For many brands, these types of names in America’s three biggest leagues might be enough, but BodyArmor made a point to include a range of diverse ambassadors, specifically working with a number of women in sports. Skylar Diggins, Sabrina Ionescu and Diana Taurasi, three of the WNBA’s biggest stars ever, are ambassadors for the brand as well.

Then you get to two of the most recognizable and famous athletes alive — Naomi Osaka and Megan Rapinoe. BodyArmor rolled out incredible commercials with both the Grand Slam Winner and the World Cup Champion in the past two years, showing their understanding that supporting women’s sports is good business, in addition to being the right thing to do.

If you add up the combined Instagram following of all the athletes mentioned above, you’re looking at a number north of 70 million, which is a lot of people seeing the BodyArmor logo. This relentless pursuit to secure professional athlete ambassadors and reach their audience has paid off. According to a 2020 CNBC piece, BodyArmor, has a 13% market share of the sports drink market, 70% of which is dominated by Gatorade. But Repole, quoted in the same piece, isn’t worried at all, saying he wants his company to overtake Gatorade by 2025.

While the formula for BodyArmor’s growth certainly required a lot of financial investment into securing athlete ambassadors, it can be replicated on a smaller scale and we see it every day on MarketPryce. Brands can see significant growth thanks to strong partnerships with professional athletes, even if they can’t afford the world-famous ones. BodyArmor sets a strong precedent for a company of any size — invest in athletes and your brand will grow.