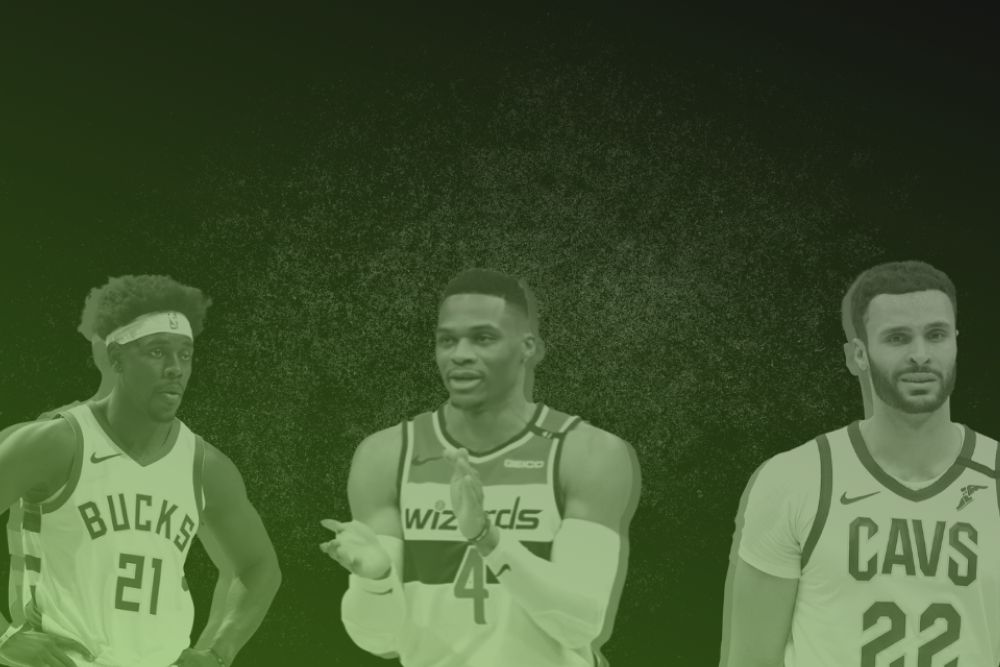 With NBA end-of-season awards being handed out recently and the Most Valuable Player getting announced soon, we thought it would be a good time to give out some acknowledgments of our own. However, today’s list has nothing to do with the on-the-court play. Whether you averaged 20 points a game or zero, it doesn’t matter here.

We’re acknowledging some of the most valuable players in other ways. We’re interested in how pro athletes have supported their community, assisted small businesses, engaged in philanthropy, and brought about more away-from-the-game successes. Because we couldn’t choose just one, here is our shortlist of three finalists.

The NBA All-Star experienced a big change when he was traded from the New Orleans Pelicans to the Milwaukee Bucks in November of 2020, but that didn’t stop his commitment to social justice causes. In December, Jrue and his wife Lauren (former USWNT soccer player) announced that he would donate the remainder of his 2020 NBA salary to Black-owned businesses, nonprofits and initiatives.

The pair also launched the Jrue and Lauren Holiday Social Impact Fund, an organization focusing on funding underserved black-owned businesses and nonprofits. Recently, the fund announced that their second round of grants will total $1,000,000. Not only does the fund provide monetary support, but they also give business guidance, coaching, training, and mentorship.

For his commitment to underrepresented and underserved business and the huge effort he and his wife have gone to, Jrue Holiday is highly deserving of a spot as an Off-The-Court MVP.

Cleveland Cavaliers Forward and Northeast Ohio native Larry Nance Jr. knows how difficult the past year has been for so many of his hometown’s small business owners. Larry Nance and the Cavs came up with a plan to help relieve some of the financial squeezes many local businesses are in by highlighting them each game and donating proceeds from a jersey auction.

We covered this story more extensively back in January, but here is the quick recap:

Even though Larry has had an unfortunate season with injuries, meaning he hasn’t had many game-worn jerseys, his teammates have helped. If you follow Nance on Twitter, you’ll see him tweeting about these businesses constantly with an admirable level of dedication to this campaign. This creativity and willingness to use your popularity for a good cause makes Nance a must-have on this list.

The Washington Wizards guard may be geographically far from his hometown of Long Beach, California, but that doesn’t mean he’s done assisting the community. Westbrook’s Why Not Foundation is partnering with the LA Promise Fund to launch the Why Not Academy, consisting of a middle school and high school that was formerly the LA Promise Charter Schools.

Westbrook and his foundation bring an increase in education funding and resources, but also specific focus areas like encouraging academic achievement, athletics, and activism. The partnership launch event was kicked off by hosting a food pantry for the community and gifting shoes to all the teachers and students.

If you’re looking to make a long-term impact, funding public education can be a really great way to do it. Westbrook clearly values this and is a great addition to this list.